The Basics of a Low-capital Small-scale Farm

Because of the regulated movements especially in crowded urban centers, farm life has become a wistful dream. The open space and the accessibility of food were missed in the months of lock down, and both are characteristics of ideal farm life.

But in truth, farming is not as romantic nor is it as easy as what many web articles portray. Large farms require toiling throughout the year, ensuring that the crops are not affected by pests and get proper nutrition. In addition to that, you have to strategize how to save them in case of an extreme weather disturbance.

The good news is if you don’t plan to make it your primary source of income, you don’t need to do farming on a large scale. And the better news is that you could do it even in a limited space. Well, since it’s farming and not just gardening, of course, it can’t be done inside a flat or an apartment. Some urban farmers make use of rooftops, but what we will be discussing here could not have a concrete base. In urban centers, this would be ideal for unused or abandoned lots.

What is the difference between farming and gardening?

The U.S. Department of Agriculture defines a farm as ‘any place from which $1,000 or more of agricultural products were produced and sold, during the year.’ For those who aren’t able to produce the amount, the USDA uses a ‘point system’ to estimate the potential value of output. In any case, the keyword is ‘sold.’ A farm is primarily for commercial production, while garden produce could be sold or privately consumed.

What are the basic needs of a farm?

Water is among the most important resources on a farm. Most farms would have their systems comprised of several deep wells. However, for a small farm, an extensive system is not necessary. To cut costs in the long run, systems that could stop natural resources are advisable.

One or two deep wells could be used to sustain the water needs of the farm. In addition to this, a simple catchment for rainwater could supplement the water supply. For this latter system, you simply need to maximize the roof of your shed or house if you are setting up your farm in your backyard. The gutter protection system used in homes would be beneficial here as well so that your water tank would not be clogged with sediments and leaves.

Electricity is not a major concern for small farms so a few solar panels would be enough to power up your water pumps and provide light at night.

How big should a farm be?

While there is no exact requirement in a farm’s size, most designs of a small-scale sustainable farm suggest an area of at least one acre, but if you are creative you could utilize a smaller space. An acre allows you to grow some grains, some inter cropped vegetables and trees, raise ducks, and a couple of pigs.

Where do the animals factor in? 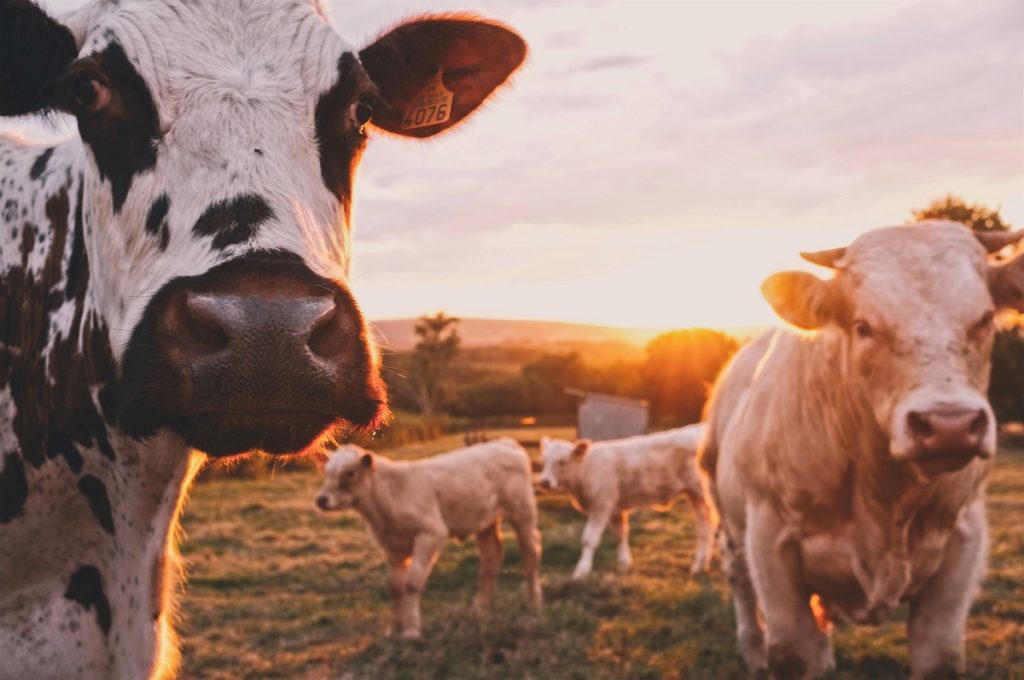 Ducks are suggested if you are allocating an area for a wet field, which is what you would need for growing rice. Ducks are the natural predators of slugs and rice paddy pests. You could fence in some chickens too if you have enough space. Chickens should not be allowed to roam freely on the farm because they naturally scratch up the soil. In short, they could destroy your crops.

Pigs could be kept in a pen. Have the pen designed so that you could easily wash off the pig’s waste and collect them in a tank. Pig’s waste is a good source of butane. This could provide fuel for your crop processing later on, like a manual roasting of cocoa beans or coffee beans. If you plan on selling piglets, you could just keep gilts as there are farmers who loan out their boars for breeding.

Cows are not ideal for small-scale farming. They need a large area to graze. It is unhealthy and inhumane to keep a cow in a cramped space and fed with hay. One selling point of small-scale farming is that you could go 100% organic. Add animal-friendly to it and you will have a sizable market for your products.

Small-scale farming could be very profitable if you could cut down on inputs, including mechanized processes. Since it is small, it would be manageable even with just manual work. An added come-on of farming is that although it is primarily for commercial purposes, it is a firm step towards food security. Should problems arise in the future and affect food supplies again, you could simply consume your products.

PrevPreviousHome Office Essentials: What You Need to Have a Productive Work-from-Home Experience
NextHome Remodelling Basics: Getting the Best Out of Your ContractorNext
Scroll to Top
Scroll to Top